“A Real Reason to Hope”: The Pfizer News, And Overall Covid-19 Vaccine Update

Only under the most intense heat and pressure do carbon atoms crystallize. Only then are diamonds formed.

From a medical point of view, this year has certainly had more heat and pressure than any other in living memory.

Around the world, nearly 51 million people have contracted Covid-19, a respiratory disease caused by the novel coronavirus. Close to 1.2 million have died from its complications, with more than 238,000 of those coming from the United States.

“… it’s like watching your football team go one nil up in the first [five] minutes of the World Cup: cause for excitement, way too early to celebrate but a real reason to hope.”

Yet amongst it all is the potential for scientific bling on a level that may end up ushering in a brand new era in vaccines.

On Monday, international pharmaceutical giants Pfizer and BioNTech announced that early analysis of their coronavirus vaccine—which only started development in March—showed it was “more than 90 percent effective in preventing Covid-19 among those without evidence of prior infection.”

Utilizing ‘messenger-RNA’ or mRNA, Pfizer, with their German partners BioNTech, have developed a synthetic genetic approach never before used in a human vaccine.

Combined with the important fact that the Food and Drug Administration (FDA) had set a bar of 50 percent efficacy for vaccines required for emergency use in the U.S., Pfizer’s findings clearly loom as historic. Stock markets seem to think so, too.

With the U.S. in the pandemic’s third—and worst—wave, the genuinely good news has quickly been refracted through the complicated facets of the real world. Both in America and around the world, distribution issues are clear, while research data released so far is still too limited to predict long-term effectiveness.

“[The Covid-19] vaccine news from Pfizer is as good as it gets,” Dr. Kevin Fong, an official from the United Kingdom’s Covid-19 emergency response team, tweeted.

“But it’s like watching your football team go one nil up in the first [five] minutes of the World Cup: cause for excitement, way too early to celebrate but a real reason to hope.”

‘Light at the End of the Tunnel’

“Most people don’t realize that successfully inventing and developing any new drug or vaccine is quantifiably among the hard things that human beings try to do,” George Yancopoulos, the co-founder, president and chief scientific officer of Regeneron, told the New York Times, over the summer.

Also followed by Moderna, Pfizer’s approach fits almost poetically into Yancopoulos’ bigger picture perspective of the challenge at hand. Only a fresh new response would suffice, for Covid-19.

Initially researched as a therapeutic, mRNA was first considered for vaccines in the early 1990s. Unstable to work with in early days, it essentially replicates the “biomolecule that connects DNA and proteins.”

Unlike other vaccines, which use parts of viruses to stimulate an immune response, mRNA vaccines synthetically “train” the human immune system to “target” the spike protein found on the coronavirus surface.

“The spike is what allows the virus to invade human cells,” NBC News reports. “In theory, blocking the spike would mean people wouldn’t become infected with the virus.”

“[mRNA] could become a “disruptive technology” not just for cancer immunotherapy, but also for vaccination, either prophylactic or therapeutic, against infectious diseases.”

As early as 2012, when a study on mRNA was published in RNA Biology, there was growing optimism that mRNA vaccines were the future of the field.

“Taken together, mRNA offers a promising vaccine vector in the light of being flexible, effective, and safe,” the study wrote. “Hence, it could become a “disruptive technology” not just for cancer immunotherapy, but also for vaccination, either prophylactic or therapeutic, against infectious diseases.”

More than 43,000 Americans and Germans took part in Pfizer’s Phase III trials, with BioNTech providing considerable funding. Though chasing a US$1.95 billion incentive from the Federal government, Pfizer’s research has yet to receive money through Operation Warp Speed.

The trial that began in July saw half of the participants receive the vaccine, while the others got a placebo of salt water. Four versions of the vaccine were tried out, with the one featuring the fewest cases of “mild and moderate side effects” being chosen.

Since then, 94 participants have been infected with Covid-19. With data ‘blinded’, the figure suggests that the vaccine is “over 90 percent effective” according to an independent board of experts.” For context, measles vaccines are up to 97 percent effective, while flu shots are at about 50 percent.

Like measles vaccinations, the Pfizer vaccine would require two shots taken around a month apart. At that point, Covid-19 immunity should kick in.

“I believe this is likely the most significant medical advance in the last 100 years, if you count the impact this will have in public health [and the] global economy.”

Pfizer says the case split between vaccinated individuals and those who received a placebo “indicated a vaccine efficacy rate of above 90 percent after the second dose.” Though a recent mutated Covid-19 outbreak amongst mink in Europe and the U.S. caused some worry, it is doubtful it will impact the effectiveness of the vaccine.

Though the trial won’t finish until 164 positive cases are recorded, Pfizer’s initial research prompted the company to announce “light at the end of the [Covid-19] tunnel.”

“I believe this is likely the most significant medical advance in the last 100 years, if you count the impact this will have in public health [and the] global economy,” Dr. Albert Bourla, Pfizer’s chairman and chief executive, told CNBC.

Even if Pfizer’s trial concludes successfully, and emergency regulation speeds up its availability, don’t expect to be ‘back to normal’ by the end of the year.

Given it must be stored in -94 F (-70 degrees Celsius), the storage of the vaccine presents the first logistical hurdle to its widespread distribution.

That has led to concerns in Africa and Asia, where warmer climates, and a lack of storage facilities, may make initial widespread usage challenging.

“The exciting news … of a possible effective vaccine becoming available presages significant cold chains challenges for African countries by the type of vaccine that that is,” Matshidiso Moeti, the World Health Organization (WHO)’s regional director for Africa, said, according to Reuters.

Though Gen. Gustave Perna, the head of Operation Warp Speed, is confident the federal government will be quickly able to get the vaccine out to the states themselves, further difficulties will almost certainly arise distributing in-state.

In a recent review of state vaccine distribution plans, ProPublica found many local officials unable to answer important questions on the storage and transport requirements of the Pfizer vaccine, “especially in the rural areas currently seeing a spike in infections.”

“Early, when we don’t have lots of doses, I frankly do not anticipate that vaccine will be widely available in every rural community,” Dr. Amanda Cohn, the chief medical officer in the CDC’s Vaccine Task Force, said last week.

“Early, when we don’t have lots of doses, I frankly do not anticipate that vaccine will be widely available in every rural community.”

With the vaccine developed so quickly, with a never-before tried approach, experts are urging caution in the early data that has been released.

“The exciting thing is that these types of vaccines can be manufactured pretty quickly,” Dr. Richard Besser, a former acting director of the Centers for Disease Control and Prevention (CDC), told NBC.

“The caution is that this would be the first mRNA vaccine to be used in humans, so it’s important to look carefully at the safety data.”

Though the vaccine’s emergency authorization process is expected to begin in late November, its initial allocation of an effective vaccine will be another, obvious challenge in the U.S.

Pfizer says they could produce up to 40 million doses by the end of December, enough for 20 million people, and 1.3 billion next year.

Dr. Anthony Fauci, director of the National Institute of Allergy and Infectious Diseases, says April is possible for wider public distribution in the States.

Along with top public officials and those involved in national security, healthcare workers are likely to be high in the vaccine pecking order.

While Pfizer’s work is the tip of the spear, a wide array of Covid-19 vaccine efforts have moved steadily forward in 2020. There are ten other vaccines also in Phase III human trials, with 52 at the earlier, clinical trial stage.

“The caution is that this would be the first mRNA vaccine to be used in humans, so it’s important to look carefully at the safety data.”

Moderna is close to completing its own Phase III human trials with a mRNA vaccine, while several other early clinical trials on mRNA vaccines have begun across the world.

A handful of vaccines have been approved for public use in China, Russia and the United Arab Emirates, though experts have concerns about their safety.

In the meantime, the pandemic still rumbles on. When Pfizer started its Phase III trials in the summer, the U.S. was deep into the pandemic’s second wave, peaking at around 67,000 new cases a day.

When Pfizer revealed their vaccine news on Monday, the U.S. had a seven-day average of more than 119,000 new positive Covid-19 cases. It is expected that positive case returns of more than 200,000 a day will soon occur.

For now, the pressure and heat of the pandemic continues on. 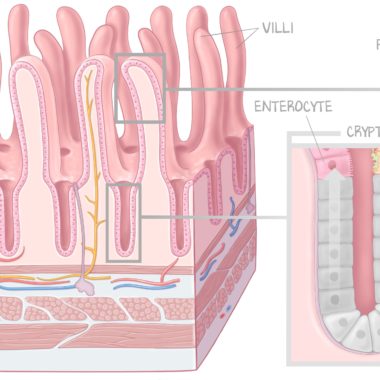 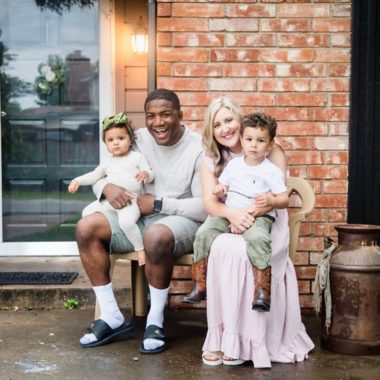 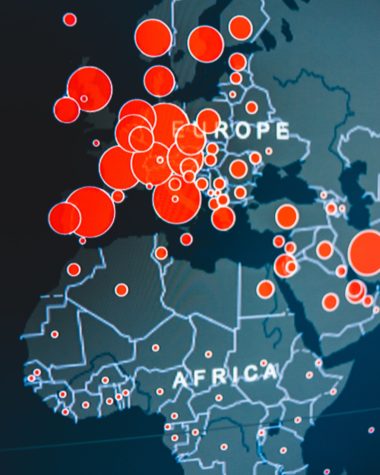 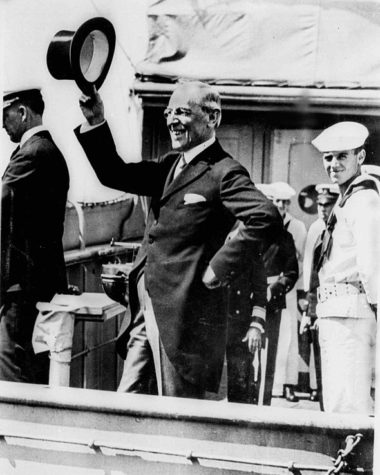 Since the first novel coronavirus case was reported in the United States on January 20, more than 7.3…
Read More
11 Shares
11
0 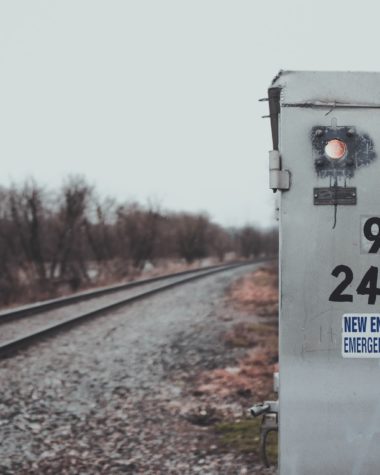 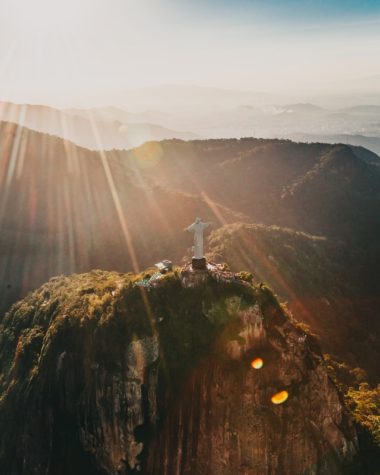 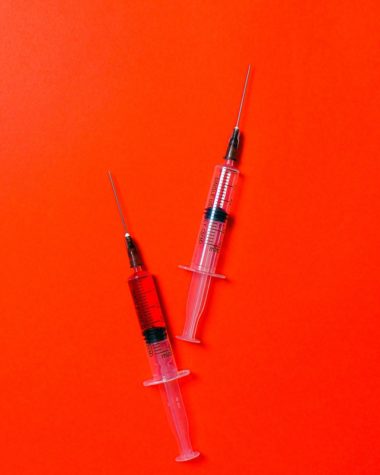