Everyone has Match Day anxiety of some kind. No matter how smart we are, how good our applications, how flawlessly we interviewed, we all feel at least a little apprehension, wondering, “what if I don’t match?” This is a rational fear—as I’ll show below—but read on for the more positive side to Match statistics, as well as scientifically proven advice on how to make the best of your chances.

We can trace the problem back, in part, to the well-known physician shortage in the United States. Medical schools have responded to this need by increasing class sizes. For-profit institutions have popped up all over the Caribbean, offering U.S. citizens another avenue to pursue their medical doctorate. Let’s also add in international graduates (IMGs), whose numbers continue to rise. We have more students graduating from medical school—more doctors . . . but we still have a doctor shortage! That’s because new residency positions have not been created to keep pace with the increase in MDs. Completion of residency is nearly synonymous with board certification, which is necessary to practice at most hospitals (private practice is different). The gap between the number of medical graduates and the availability of open residency slots has gotten to the point where there are nearly not enough positions for the number of American medical graduates (AMGs), and too few positions to go around if you include international graduates (IMGs) and other applicants.

Match data confirm this. In 1982 the number of active applicants (18,410) barely outstripped the number of available residency positions (18,310). An active applicant is a student who enters the Match AND submits a rank order list, not counting anyone who started the process but didn’t finish. Jump to 2018, and we find 43,909 registrants (anyone who starts the process) that were weeded down to 37,103 active applicants, for 30,323 PGY-1 slots. The NRMP’s 2018 report shows that 78% of active applicants were matched to PGY-1 programs, while 11% of active applicants did not match to anything—could not match, simply because there were not enough open residency positions. Moreover, these 30,232 PGY-1 slots include both categorical as well as prelim openings. A prelim residency program consists of studies preparatory to a full residency, does not result in board certification, and lasts only a year. Schools bundle their prelim and categorical matches together to make their overall match rate look more impressive, but if you match with an undesignated prelim only, you will have to go through the process again next year if your goal is board certification.

Grim stats can ruin a perfectly fine day, to say nothing of career prospects. Yet there is good news! There are multiple silver linings to these clouds, both general and particular, and concrete steps that everyone can take to avoid contributing to the “did not match” statistics.

The nature of the matching algorithm 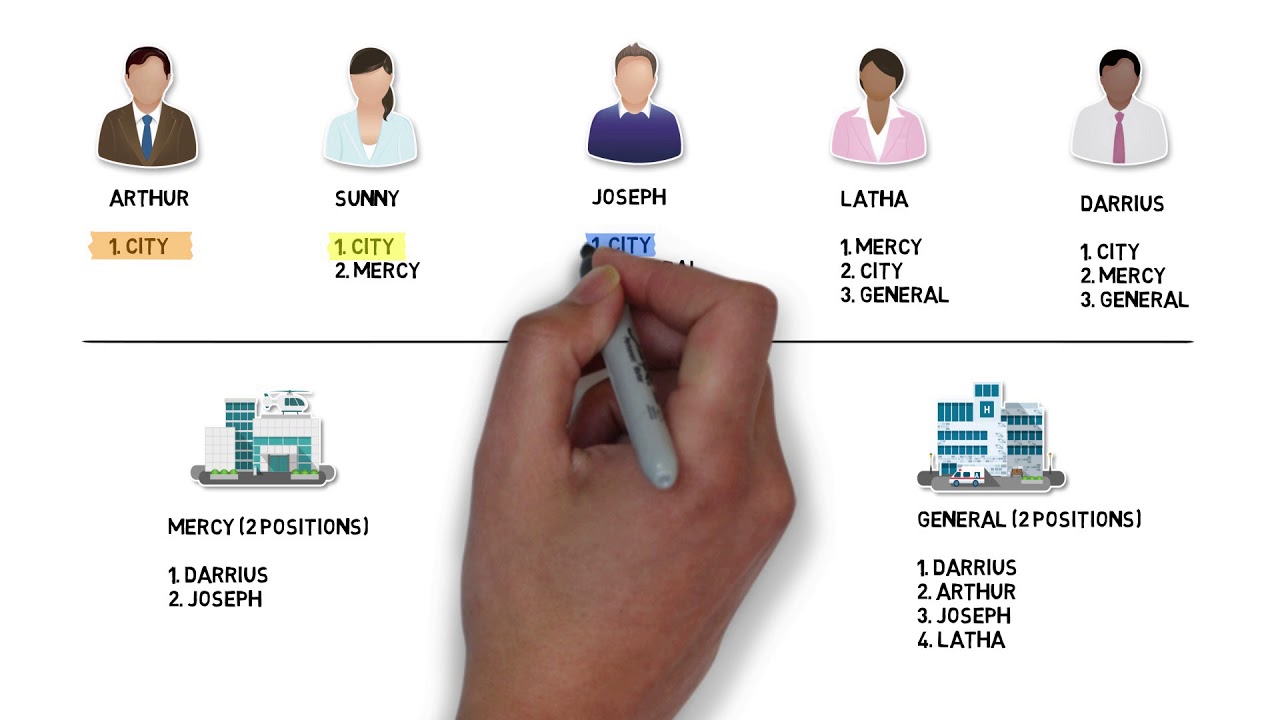 Match is designed to favor you, the student. If you have chosen your top programs wisely, and followed the Three P method, you can be pretty certain that your ROL is solid, and you’ll flourish wherever you match. A match is a match, and getting your #2 or #3 choice is in no way a failure! If you didn’t match at your #1 choice, it’s because that program did not want you. You’re better off not being there! Alternatively, you may be worrying because you don’t trust the NRMP’s algorithm, but this is as logical as not trusting the safety of air travel—or less logical, since the algorithm is statistically “safer” than air travel, having resulted in zero recorded “accidents” or career “fatalities” to date. The algorithm was implemented to level the playing field, to democratize and bring equity to the matching process. There’s no more politicking; no more “legacy admissions” to residency. So from the perspective of history, the deck has never been more stacked in students’ favor.

Another plus, at least for allopathic graduates, is the recent merger of the ACGME, AOA, and AACOM opened up a few thousand residency slots that, before the merger, were open to DO graduates only. Now they are open to MD applicants, as well.

The second good news is that it’s in your power to maximize your chances at matching to one of the coveted positions. American medical graduates (AMGs) have particular reason to breathe a sigh of relief: their match rates are in the low 90% range. But what are the 10% doing wrong, resulting in their non-match? The NRMP’s “Charting Outcomes” report for 2018 lists several recommendations that are statistically proven to increase one’s chance of matching. In essence, these boil down to expanded inclusiveness. Basically, not being picky increases your chances of matching. This fact should not come as an epiphany to anyone . . . yet there are always some applicants who submit unnecessarily short ROLs. I suspect that one of the reasons for AMGs’ failure to match is a too-narrow emphasis on prestige schools or high-demand specialties only. So put the “reach schools” on your list—if they would make a good fit—but hedge your bets with some that are less competitive.

This advice of expanded inclusiveness turns out to be particularly important for IMG applicants. IMGs who matched listed, on average, 7.3 “contiguous ranks” (programs in the applicant’s preferred specialty, grouped together in the rank list), while those who did not match listed an average of 2.3 contiguous ranks. Again, the obvious takeaway is that if you list more programs, your chances of also being selected by a program rises. That also means at the beginning of interview season, apply to a large number of programs to get the needed number of interviews.

Still, what happens if you don’t match?

Everyone finds out on Monday of Match Week whether they matched or not. You find out only whether you matched—matching students wait until that Friday to find out where. Non-matching students can participate in SOAP (Supplemental Offer and Acceptance Program). In SOAP, non-matches use the NRMP’s system to submit a new ROL based on a list of programs that didn’t fill all their open positions, and the algorithm is run again, with the results revealed on Match Day.

And if all else fails, or you just don’t want to consider those unmatched programs in the SOAP, there’s always next year.

So what happens if you don’t match for real?

If you don’t match, it’s not over forever. You can try again next year . . . but only after carefully analyzing why you didn’t match this year. If you applied to all ROAD programs with Brand Name Universities, you may have aimed too high. Simply trying again next year with a more realistic outlook could be enough to tip the results in your favor the second time around. If you were picky about the geography, be less picky next time. If there is a red flag on your application (a fail on a Step exam, for example), you’ve got until next application cycle to make improvements (taking Step 3, for example). And whatever you do, don’t waste your time. Match Day this year is March 15. ERAS applications for next year are due in September. Hunker down and build your resume significantly, or consider even taking the next application cycle off.

The stats are daunting, but American students match at a much higher rate than international students. The Match algorithm favors you. If you don’t match, you can try again through SOAP. If SOAP falls through, do a thorough postmortem on your unsuccessful application and try again next year. A final word: all the information in the world won’t make it easier if you end up having to leave the profession, but even that’s not the end—there’s a whole world of opportunity for people with the talent to succeed in med school but without the good fortune to match to residency, and every year people match, only to realize later that their calling is elsewhere. Don’t lose hope . . . your story is important, and your unique gifts and talents are needed, just in a different arena than you might have thought.

For more information on all things Match Day related, visit our website and follow us on social media!

Recent from the Blog